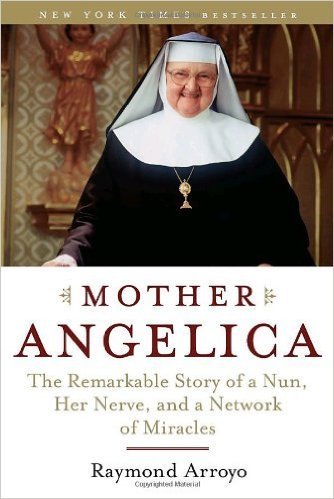 Mother Angelica: The Remarkable Story of a Nun, Her Nerve, and a Network of Miracles

In 1981, a simple nun, using merely her entrepreneurial instincts and $200, launched what would become the world’s largest religious media empire in the garage of a Birmingham, Alabama, monastery. Under her guidance, the Eternal Word Television Network grew at a staggering pace, both in viewership and in influence, to where it now reaches over a hundred million viewers in hundreds of countries around the globe.

Raymond Arroyo combines his journalist’s objectivity and eye for detail with more than five years of exclusive interviews with Mother Angelica. He traces Mother Angelica’s tortured rise to success and exposes for the first time the fierce opposition she faced, both outside and inside of her church.