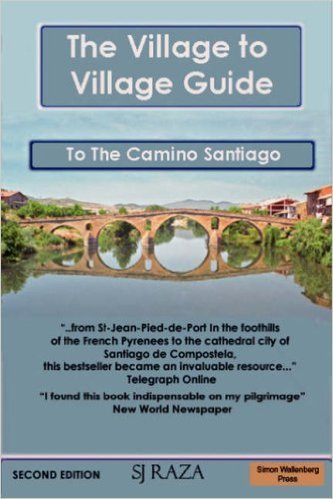 The Village to Village Guide: To The Camino Santiago

The Village to Village Guide To The Camino Santiago

Use this book to walk a medieval path off the beaten track. This Village to Village guide enables the walker to follow the 1,000 year-old pilgrimage footpath to Santiago de Compostela and to re-enact Europe's most historic journey. This guide is recommended by the Catholic Church to those making the pilgrimage to Santiago on foot. It is a detailed directional guide for the 800 km footpath in Spain. The book contains listings of budget accommodation and other practical information. In the middle ages, a network of foot paths carried pilgrims to the shrine at Santiago from every country. The roads went over the Pyrenees and into Spain, either by way of the great monastery at Roncesvalles, or via that of Santa Cristina and the Somport Pass. Santiago, far away under the mists and Atlantic skies of Galicia, all woods and water in a Celtic landscape of menhirs and lost gods, exerted an appeal that was infinitely pre Christian. The route to Santiago was a Roman trade-route. It was nicknamed by travelers, la voje ladee, the Milky Way. It was the road under the stars. The pale arm of the Milky Way stretched out and pointed the way to the edge of the known world : to Cape Finisterre. The vast majority of those who walk The Way of St James today, are not experienced walkers at all. Many have never done any serious walking in their lives. and many will never do anything like it again. Most long-distance footpaths avoid not only large towns but even quite small villages as well; the Way of Saint James, on the other hand, because of its historic origins and the need for shelter, deliberately seeks them out. It passes through ancient places rich in art and architectural masterpieces